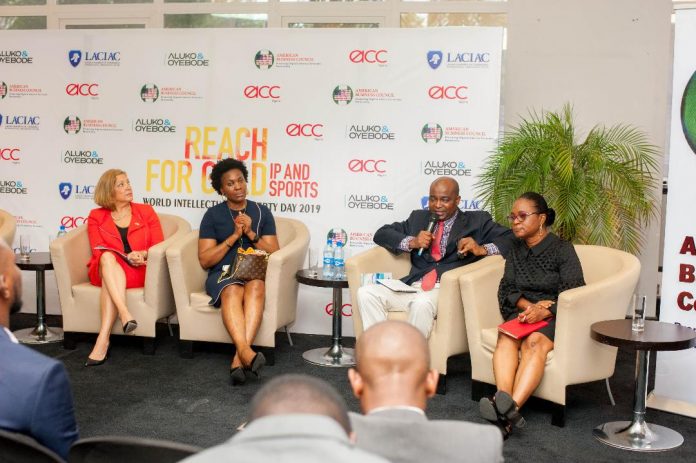 THE American Business Council, ABC, an affiliate of the US Chamber of Commerce in partnership with Aluko & Oyebode, Anti Counterfeit Collaboration, ACC, and the United States Embassy held a parley with the media and stakeholders on intellectual property to commemorate the World Intellectual Property Day. The objective is to reiterate the importance IP issues with the media and stress its impact on businesses and to the revenue accruing to the federal government.

The ABC works with partners to advocate on intellectual property as well as engage public and private stakeholders to implement the necessary regulatory policies.

Ademola Desmond, chairman of the Anti Counterfeit Collaboration, ACC, in Nigeria gave a brief history of ACC and the role it played on advocacy and public sector engagements on the IPCOM Bill.

Also, Margaret Olele, executive secretary of the American Business Council, ABC, shared with stakeholders how the abuse of intellectual property, IP, impacts businesses such as investment, killing innovation and also affects the tax revenues of the federal government. She stated that the government needs to know how much the economy is haemorrhaging due to the lack of clear IP laws and also that ABC through a documentary plans to show how businesses have lost millions of Naira from lack of IP Laws.

On her part, Jennifer Woods, Commercial Attaché of the US Mission to Nigeria, who represented the United States Embassy, told stakeholders about the US government’s commitment to IP. She stated that effective IP protection provides significant economic benefits. In the United States, IPR supports 45 million US jobs and hundreds of millions of jobs all over the world.

The US Mission in partnership with the American Business Council, Anti Counterfeit and the US Chamber of Commerce will be hosting a two-day Intellectual Property Symposium in Lagos on the 16th and 17th of September. The symposium is designed to create robust engagement with the public and private sector.

It will highlight piracy and counterfeiting in the pharmaceutical sector through a documentary film called BANE. The event was proudly sponsored by Coca Cola.